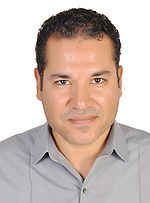 Many neurodegenerative, cardiovascular, cancer, and psychological disorders are known to involve mitochondrial dysfunction and deregulated levels of reactive oxygen species. Aging is associated with a sustained increase in superoxide radical levels, which is associated with a progressive decline in cognitive function and increased prevalence of neurodegeneration. Mitochondria were identified as one source of oxidant production in brain during aging, but several recent studies suggest that an alternative, extra-mitochondrial source of superoxide may also be important to aging-associated pathologic phenotype. In this presentation I will briefly discuss some of our contributions to the field including our studies on the dynamics of mitochondrial superoxide production, and our recent discovery that the superoxide-producing enzyme NADPH-oxidase-2 (Nox2) is induced during aging and remain constitutively active in neurons and synaptosomes from aged brain and from schizophrenia mouse model.

Finally, I’ll present our progress in establishing the Center for Aging and Associated Diseases (CAAD) as part of the newly founded Zewail City of Science and Technology, the Egyptian National Project of Scientific Renaissance. In CAAD, we are focusing primarily on establishing a state-of-the-art facility to study diseases in relevance to the Egyptian people. In one of CAAD’s core facilities, the Oroboros® O2k-MultiSensor system will be combined with the Seahorse XF24 and the Magnettech MS400 EPR spectrometer to study mitochondrial dynamics in the context of aging, metabolic, cardiovascular, and neurodegenerative diseases.

The Center for Aging and Associated Diseases, Helmy Institute of Medical Sciences, Zewail City of Science and Technology, Giza, Egypt