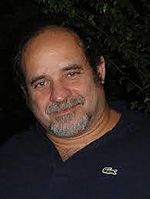 Hypoxia-ischemia is a major cause of fetal and perinatal brain damage. In Brazil, perinatal asphyxia is an important cause of death and also the most important cause of encephalopathy and permanent brain damage in children. Here we used a model of perinatal asphyxia in rats to study short- and long-term effects caused by the perinatal asphyxia in the development of the cerebral cortex. Pregnant females were monitored between the 20th and the 22nd day of gestation. At the beginning of labor, the fetus was submitted to an acute period of complete asphyxia by submersion of the one uterine horn into a PBS bath for 15 min at 37 °C (asphyxiated group). In parallel, pups from the other uterine horn were rapidly removed, cleaned and directed to a foster mother (control animals). In the group exposed to asphyxia, the survival rate was 67%. There was no difference in body weight gain between the groups until 21 days postnatal (P21), although reduction of weight brain of asphyxia animals was detected at P7. Perinatal asphyxia caused permeabilization of the blood-brain barrier, but no raise in the level of inflammatory cytokines was detected after birth. Oxygen consumption was increased at P0 and P7, and resistance against formation of mitochondrial membrane permeability transition (MPT) was increased, as shown by monitoring the mitochondrial membrane potential (mtMP) by safranine O. After two weeks, we observed a normalization of mitochondrial oxygen consumption with a concomitant increase in susceptibility to the formation of the MPT in asphyxiated animals and, consequently, an increased sensitivity to cell death. Taken together, our results reinforce the hypothesis that brain development is altered by perinatal asphyxia, in particular neuronal biochemistry. These changes may contribute to neurological disorders found in children exposed to perinatal asphyxia.