The concept of Gentle Science has been a driving force for more than 20 years of continuous development of high-resolution respirometry, which was initiated in a FWF project (1989). Our first generation Oxygraph was commercially available in 1992 (Fig. 1A). A series of applications was presented at a BTK conference in 1994, and a full description of the instrument, method and concept of high-resolution respirometry was published in 1995 [1], when the positive feedback from early users had confirmed the validity of our approach [2]. The concept of O2k-MultiSensor extensions was implemented in the second generation O2k, developed in close cooperation with Phlipp Gradl (WGT-Elektronik) and distributed since 2002 (Fig. 1B).

The strategy of Oroboros Instruments emphasizes the close link between university and company, teaching and training with Open Access to our published [3] and unpublished scientific background information, detailed descriptions of O2k-Protocols on our website, and direct communication with our customers and O2k-users (Mitochondrial Physiology Network).

Conforming to the Oroboros logo we are proud to receive highly positive O2k-Feedback, but also provide help with O2k-Open Support in open discussions. For the development of mitochondrial physiology and functional diagnosis in mitochondrial medicine, standardization of methods and protocols is an important yet elusive topic. Our O2k-Workshops contribute to a more general understanding of the rationale for standardized protocols, while the Bioblast wiki website (launched in 2010) may help to develop a more consistent terminology in mitochondrial physiology.

Since a 2007 workshop in Schroecken and the first MiPsummer school 2007, advanced SUIT protocols for sequential activation particularly of CI-, CI&II- and CII-linked respiration are explained in the 'Blue Book'. It is not in the spirit of Gentle Science, however, to receive enthusiastic feedback by Emails and then read in a publication (2008) "protocols developed by us" without citation.

More than 800 publications refer to the Oroboros O2k, reflecting the increasing interest in mitochondrial physiology. It is a statement of Gentle Science when references are made to original publications on the O2k and high-resolution respirometry [1-3], in contrast to phrases such as “as described before”.

The Bioblast Conference should allow open exchange of results and ideas in an environment inspired by art, music and friendship. Gentle Science is an illusion worthwhile to maintain. 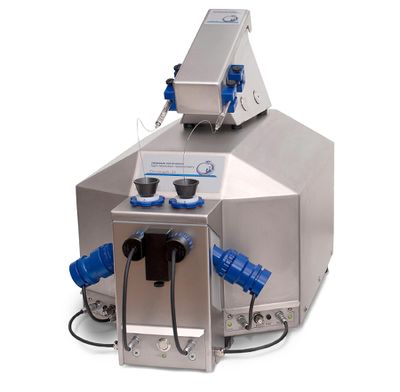 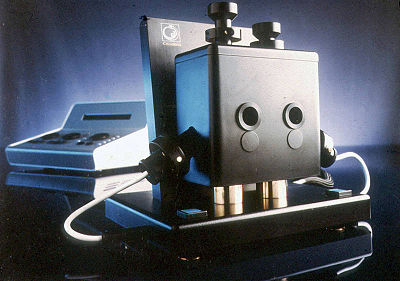 Figure 1: Oroboros high-resolution respirometry. A (left): The first generation Oroboros Oxygraph was developed in projects headed by Erich Gnaiger (FWF Austria, FFF Austria, Cyclobios; Haller et al 1994) and not more than 60 instruments were produced by Anton Paar (Graz, Austria). Oroboros Instruments still provides support for the few systems which remain in operation until today. B (right): In 2012, the O2k-Fluo LED2-Module was added to the O2k-MultiSensor concept based on the O2k-Core, developed in cooperation with WGT-Elektronik (Philipp Gradl) in the framework of the K-Regio Project MitoCom.

Retrieved from "https://wiki.oroboros.at/index.php?title=Gnaiger_2012_Abstract_Bioblast-Gentle_Science&oldid=223669"
Category:
This page was last edited on 10 January 2022, at 17:22.
This page has been accessed 18,114 times.
Privacy policy
About Bioblast
Disclaimers