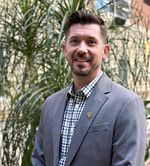 The role of mitofusin-2 (MFN-2) in regulating mitochondrial dynamics has been well-characterized in lower order eukaryotic cell lines through the complete ablation of MFN-2 protein. However, to support the contractile function of mature skeletal muscle, the subcellular architecture and constituent proteins of this tissue differ substantially from simpler cellular organisms. Such differences may also impact the role of MFN-2 in mature mammalian muscle, and it is unclear if minor fluctuations in MFN-2 - as observed in response to physiological perturbations - have a functional consequence. Therefore, we have transiently transfected MFN-2 cDNA into rat tibialis anterior muscle to determine the effect of physiolgically relevant increases in MFN-2 protein on mitochondrial bioenergetics. Permeabilized muscle fibres generated from muscle following MFN-2-transfection were used for functional assessments of mitochondrial bioenergetics. In addition, we have further established a novel method for selecting fibre bundles from this region that are positively transfected, and using this approach transient transfection increased MFN-2 protein ~2.3 fold in selected muscle fibres. However, this did not alter maximal rates of oxygen consumption or the sensitivity for ADP-stimulated respiration. In addition, MFN-2 over-expression did not alter rates of H2O2 emission. Altogether, and contrary to evidence from lower order eukaryotic cells, our results indicate that over-expressing MFN-2 in healthy muscle does not influence mitochondrial bioenergetics in mature mammalian skeletal muscle.