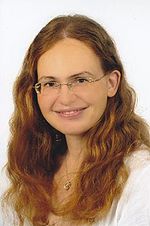 All living organisms are subject to biorhythmic energetic fluctuations. Usually, it is associated with a pathological background relevant to aging or diseases. However, it can be also linked to the compromising of the survival under unfavorable environmental conditions, such as hypoxia, hypothermia or the lack of food. Recently, several pieces of evidence have been accumulated, showing that seasonal variations can play an essential role in the metabolism, behavior and activity of the laboratory animals. These observations are consistent data (originating from both in vitro and in vivo experiments) demonstrating that mitochondria isolated from rats in the autumn-winter period are characterized by the “respiratory depression”, while the mitochondria derived from spring-summer animals seem to be less sensitive to tested compounds and characterized by more efficient respiratory capacity. The objective of our presentation is to show the effect of seasonality on mitochondrial bioenergetics and - in consequence, the further interpretation of the study outcomes. Using rat heart mitochondria as a model, and PAMAM dendrimer G3 and methylglyoksal (MG) as the tested chemicals, we have revealed significant differences in the mitochondrial response when carrying out our experiments and acquiring data throughout the year (September – June). The obtained data give a possibility to assume that lower respiratory capacity of mitochondria derived from the autumn-winter period is likely to result from suppressed energy metabolism and metabolic depression. Mitochondrial parameters, such as RCR and ADP/O, were significantly increased for animals derived in spring administered with the tested compounds. These data support the reasoning that in spring period mitochondria are in a better condition compared to those tested in the autumn/winter period. Therefore, it is noteworthy to remark that in order to obtain the reliable conclusions, the aspect of seasonal changes in laboratory animals should be taken into consideration at the experimental design of the study lasting a few months and spanning for a longer period including different seasons. Finally, it is important to emphasize that there is a high probability that some outcomes derived merely from the in vitro experiments may never have their absolute relevance to clinical studies. 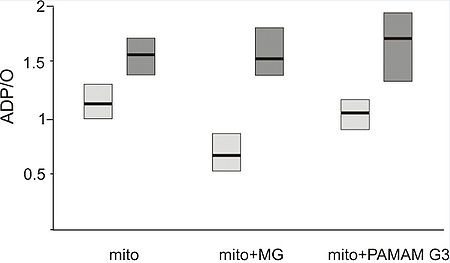 Retrieved from "https://wiki.oroboros.at/index.php?title=Labieniec-Watala_2012_Abstract_Bioblast&oldid=145574"
Category:
This page was last edited on 13 November 2017, at 14:04.
This page has been accessed 11,992 times.
Privacy policy
About Bioblast
Disclaimers