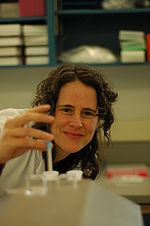 As a consequence of the rising overall obesity and aging of the population, insulin resistance (IR) and type 2 diabetes mellitus (T2DM) are becoming more prevalent in developing countries. Although evidence has been accumulating that T2DM is accompanied by mitochondrial dysfunction in muscles, the link between the mitochondrial dysfunction and the pathogenesis of T2DM remains unclear [1]. T2DM is a complex disease that causes various changes in the body metabolism. The difficulty is to identify mitochondrial defects involved in the cause of the disease rather than those that occur as consequences of the disease. Our study aims at understanding the role of mitochondrial metabolism in the muscle during the early stages of T2DM.

The fructose-fed rat was used as the animal model of pre-diabetes. After only 6 weeks of a fructose-enriched diet (10% fructose added to the drinking water), rats showed clear signs of IR (glucose tolerance test). Mitochondrial respiration was measured in permeabilized muscle fibers using high-resolution respirometry (Oroboros Instruments, Austria) in the cardiac muscle and in two skeletal muscles, one oxidative (soleus) and one glycolytic (extensor digitorum longus, EDL). A wide range of substrates were used in order to cover the carbohydrate metabolism and the fatty acid oxidation. Acylcarnitine profiles were also measured in each tissue.

The mitochondrial content was preserved in skeletal muscle as shown by the lack of difference of citrate synthase (CS) activity and Complex IV respiration. In the heart, CS activity was slightly, but significantly, reduced in the fructose-fed rats. The soleus muscle shows a decrease in Complex II respiration (succinate+rotenone) whereas the EDL muscle shows reduced Complex I and CI+II respiration in the presence of pyruvate but not when glutamate is used as a substrate. There is no defect in fatty acid oxidation with the soleus muscle in fructose-fed animals. The EDL muscle, however, shows a defect located in the long-chain acyl-CoA dehydrogenase (LCAD). Surprisingly, the mitochondrial dysfunction in the heart mirrors the mitochondrial dysfunction in the EDL muscle, rather than in the soleus.

Our results highlight important early mitochondrial dysfunction associated with T2DM. The defects are clearly specific to the type of muscle studied. Furthermore, our study also points to the importance of differences between human and animal models because the role of LCAD in fatty acid oxidation is significant in rodent muscles but not in most human tissues [2].