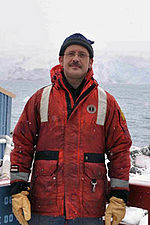 Although severe water loss is often detrimental to life, some exceptional animals have developed mechanisms to survive water loss to 0.02–0.05 g H2O/g dry mass (anhydrobiosis). How the structural and functional integrity of the mitochondrion is maintained during desiccation and rehydration is currently not understood. The brine shrimp Artemia franciscana serves as an important model organism for anhydrobiosis. Desiccation tolerance in this animal is correlated with the accumulation of large amounts of highly hydrophilic macromolecules termed Late Embryogenesis Abundant (LEA) proteins. Most LEA proteins are intrinsically disordered in solution and thought to stabilize other proteins and membranes during desiccation [1]. Two mitochondrial targeted LEA proteins, AfrLEA3m and AfLEA1.3, have been described in A. franciscana and may help to maintain the integrity and functionality of the organelle when water is scarce [2, 3].

In order to evaluate the impact of AfLEA1.3 on water-stress tolerance of mitochondria the protein was transgenically expressed in Kc167 cells from the desiccation intolerant fruit fly Drosophila melanogaster [4]. A protein construct composed of AfLEA1.3 and green fluorescent protein was found to accumulate within mitochondria. Expression of AfLEA1.3 in non-permeabilized cells reduced mitochondrial proton leak by 20-30% in presence and absence of hyperosmotic stress. Oxygen consumption of permeabilized cells in presence of mixed substrates and ADP was 18% less inhibited by increasing concentrations of NaCl in cells expressing AfLEA1.3 compared to control cells. Mitochondria isolated from wild-type and AfLEA1.3 expressing cells showed a high respiratory control ratio (RCR) of 11.3 ± 1.4. Oxygen consumption in presence of ADP and substrates that supply NADH to Complex I were significantly reduced after freezing and thawing and this reduction was significantly greater in mitochondria from control cells (RCR = 7.3 ± 1.0) than in cells expressing AfLEA1.3 (RCR = 10.1 ± 0.7, P< 0.05).

Expression of AfLEA1.3 improved functions of mitochondria from D. melanogaster in several models of water stress. Protection was observed at hydration states in which AfLEA1.3 most likely lacks extensive secondary structure and the protein was most likely intrinsically disordered. AfLEA1.3 thus can operate outside the classic structure function paradigm. However, the observed effects afforded by the hydrated AfLEA1.3 protein do not preclude even greater stabilization of biological structure and function in the dried state.