2015 Jul 06-10. To the heart of the Amazon: comparative cardiac mitochondrial physiology of Amazon fish. O2k-Workshop on HRR and start-up project, IOC103. 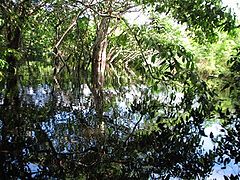 To the heart of the Amazon 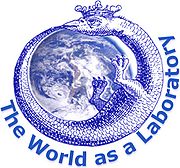 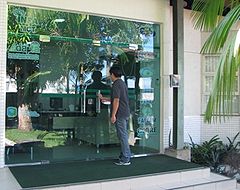 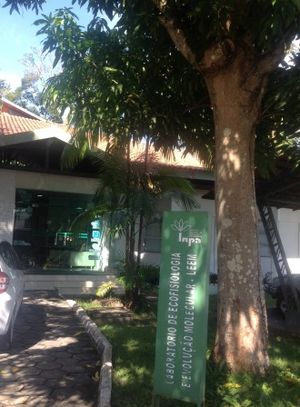 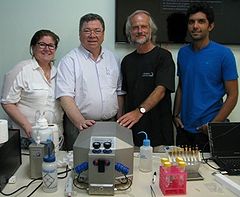 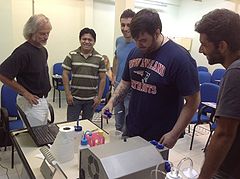 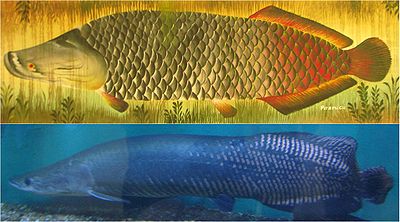 The Arapaima or Pirarucu is native to the Amazon, and is among the largest freshwater fish in the world (>2.5 m). As an adaptation to the seasonal hypoxic conditions, Arapaima has developed a swim bladder with lung-like function associated with air breathing. 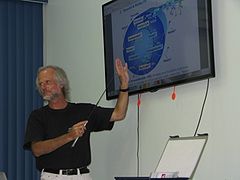 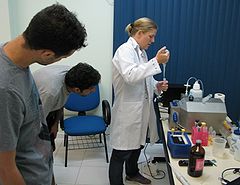 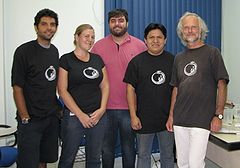 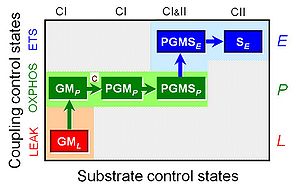 Cardiac tissue from Arapaima and Tambaqui was prepared in BIOPS on ice, 15 to 20 mg blotted wet weight were transferred into 500 µl ice cold MiR05Cr (60 mM lactobionic acid was replaced by 60 mM KCl) in the tube of the PBI-Shredder O2k-Set, where the tissue was further separated by a pre-cooled pari of scissors, and tissue homogenate was prepared according to standard procedures MiPNet17.15 PBI-Shredder Mouse-heart-brain-liver. The homogenate was distributed immediately into the two 2-ml chambers of the O2k (pipetting 500 µl aliquots alernating into the two chambers, with multiple suctions between titrations). Data recording with DatLab was started when the homogenate was placed into the O2k-Chambers regulated at 28 °C, the homogenate was stirred for about 3 min with a gas phase, and the SUIT protocol was started immediately at air saturation upon closing the chamber. Oxygen levels were maintained approximately between 100 and 350 µM.

The training programme and pilot project were conducted from July 8 to 10, 2015. 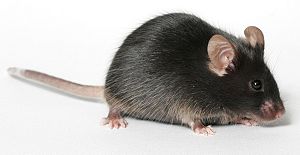 Trout heart homogenate (15 °C, 4 mg Ww/ml; 2011-10-05 P1-02A). Very low LEAK and ROX. No ADP limitation at D1 (1 mM) with glutamate&malate (GM), but glutamate&malate&pyruvate (GMP) was not saturated at 2 mM ADP (D2), as shown by the increase of flux when doubling the ADP concentration (4 mM; D4). No oxygen limitation. Low P/E ratio, indicating limitation of OXPHOS by the phosphorylation system. The optimum uncoupler (U; FCCP) concentration is higher than in liver homogenate (2.5 versus 1.0 µM), but 3 µM exerts already a pronounced time-dependent inhibitory effect (not due to limitation by oxygen, as shown by the lower flux after reoxygenation). Mouse heart homogenate (37 °C) is shown for comparison. 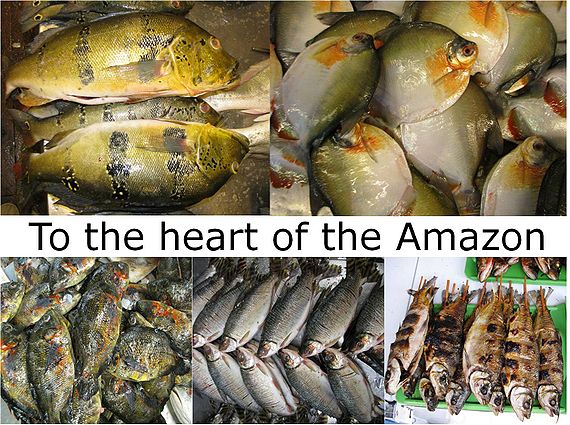 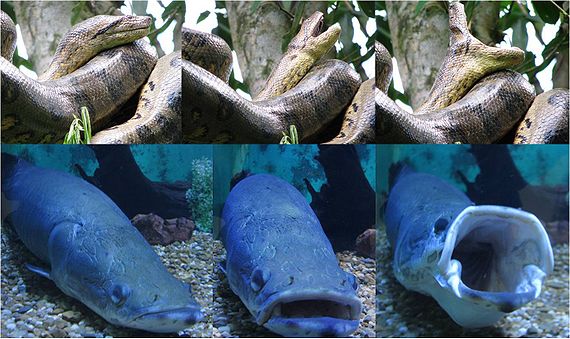