Abstract: 50 years ago Peter Mitchell proposed the chemiosmotic hypothesis for which he was awarded the Nobel Prize for Chemistry in 1978. His comprehensive review on chemiosmotic coupling known as the first “Grey Book”, has been reprinted here with permission, to offer an electronic record and easy access to this important contribution to the biochemical literature. This remarkable account of Peter Mitchell's ideas originally published in 1966 is a landmark and must-read publication for any scientist in the field of bioenergetics. As far as was possible, the wording and format of the original publication have been retained. Some changes were required for consistency with BBA formats though these do not affect scientific meaning. A scanned version of the original publication is also provided as a downloadable file in Supplementary Information. See also Editorial in this issue by Peter R. Rich. Original title: CHEMIOSMOTIC COUPLING IN OXIDATIVE AND PHOTOSYNTHETIC PHOSPHORYLATION, by Peter Mitchell, Glynn Research Laboratories, Bodmin, Cornwall, England. 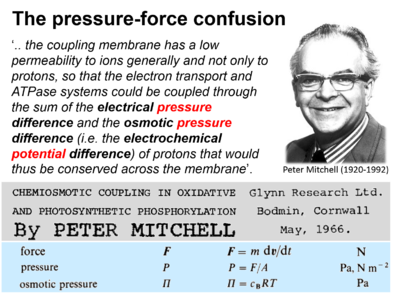 "For many decades the pressure-force confusion has blinded the most brilliant minds, reinforcing the expectation that Ohm’s linear flux-force law should apply to the hydrogen ion circuit and protonmotive force. .. Physicochemical principles explain the highly non-linear flux-force relation in the dependence of LEAK respiration on the pmF. The explanation is based on an extension of Fick’s law of diffusion and Einstein’s diffusion equation, representing protonmotive pressure ― isomorphic with mechanical pressure, hydrodynamic pressure, gas pressure, and osmotic pressure ― which collectively follow the generalized linear flux-pressure law."
Gnaiger E (2020) Mitochondrial pathways and respiratory control. An introduction to OXPHOS analysis. 5th ed. Bioenerg Commun 2020.2. doi:10.26124/bec:2020-0002
» pressure = force × free activity

The terms force and potential, versus pressure and concentration difference are emphasized in bold below, but not in the original. 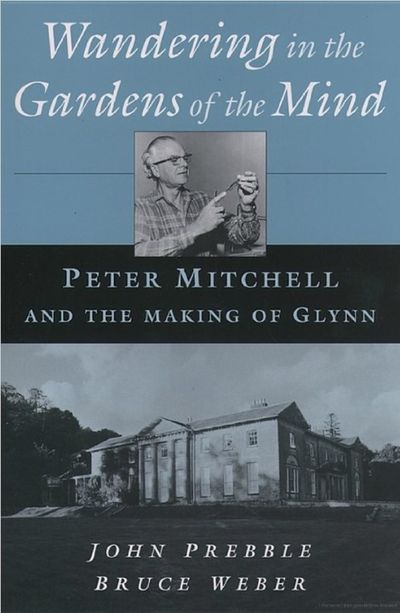