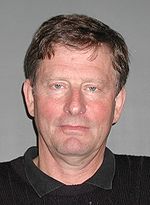 Impaired mitochondrial function is implicated in the development of Type 2 diabetes mellitus (T2DM). This was investigated in mitochondria isolated from skeletal muscle and liver of the Gato-Kakizaki (GK) rat, which spontaneously develops T2DM with age. The early and the manifest stage of T2DM was studied in 6- and 16 weeks old GK rats, respectively.

In GK16 compared to GK6 animals, a decrease in OXPHOS capacity with palmitoyl carnitine (PC) as substrate was observed in muscle. Yet, an increase was seen in liver. To test the Complex II contribution to OXPHOS capacity, succinate was added together with PC. In liver mitochondria this resulted in a ~50% smaller respiratory increase in the GK6 group compared with control and no respiratory increase at all in the GK16 animals. Yet, no difference between groups was seen in skeletal muscle mitochondria. RCR and P/O ratio was increased (P<0.05) in liver, but unchanged in muscle in both GK groups. We observed increased lipid peroxidation and decreased Akt phosphorylation in liver with the progression of T2DM, but no change in muscle.