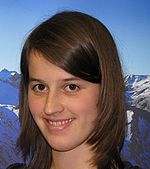 The experimental results presented are part of a scientific project necessary to obtain the High School diploma. The aim of the project was to evaluate if Baker´s yeast can be used as a model for cell respiration and if it is suitable for demonstration experiments at school.

Cell respiration of Baker´s yeast was measured with the O2k and simultaneously the H2O2 production rate was detected with the O2k-Fluorescence LED2-Module.

Baker's yeast is an anhydrobiotic organism which is well known for its persistence without water for decades. When rehydrated, it can rapidly restore active metabolism within minutes [1]. In addition, dried baker's yeast has a high level of viability when rehydrated at 30 to 40 °C [1, 2]. In the present model, commercially available freeze-dried baker’s yeast (5 mg dry weight) was rehydrated in K-P buffer (100 mM, pH 7.2) at 37 °C. Vortexing for 3 min at 2.200 rpm was necessary to obtain a homogenous cell suspension, immediately prior to adding a subsample of 100 µl into one 2 ml O2k chamber (0.25 mg/ml final cell density; 37 °C).

For the detection of H2O2 production rate 10µl Amplex Ultrared (AmR) and 4µl horseradish peroxidase (HRP) were added at the beginning. After the addition of the cells into the O2k-chamber, endogene respiration (e) was observed. Then glucose (Glc, 20 mM) and ethanol (GlcEtOH, 2%) were titrated to stimulate respiration which was observed till anoxia was reached. Reoxygenation was done with pure O2 and respiration was again allowed to drop down to anoxia. Another step of reoxygenation to approximately 300 µM oxygen was conducted, resulting in the GlcEtOH-reox state. Respiration was observed till O2 concentration reached 80 µM and then AntimycinA (Ama, inhibitor of Complex III) was added to inhibit respiration. In the end the oxygen flux was observed for several minutes to quantify residual oxygen consumption (ROX). To determine a second ROX (ROX-reox), the O2 level was again increased to 300 µM.