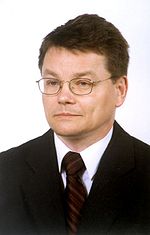 Background and objectives Little is known about the efficiency of mitochondrial respiration in blood platelets under pathological conditions, and it is even more so considering platelets in atherothrombotic states. Under conditions of accelerated arachidonate-prostanoid pathway intraplatelet oxygen is consumed not only by mitochondria, but also by membrane-associated cyclooxygenases [1]. Hence, mitochondria and cyclooxygenases in blood platelets originating from experimentally-diabetic animals constituted two major targets in our studies.

Diabetic platelets demonstrate enhanced COX-1-mediated eicosanoid metabolism. The increased oxygen consumption in blood platelets from diabetic animals has been attributed to the increased activity of COX-1, while changes in the maximum consumption of oxygen or RCR ratio were very subtle. Interestingly, the activation of platelet COX-1 concerned both cyclooxygenase and peroxidase domain of the enzyme. The pathophysiological implications of such an increased COX-1 activity are very straightforward: elevated synthesis of thrombogenic thromboxane and its contribution to atherothrombosis.

The increased COX activity in diabetes may directly result from non-enzymatic modification by sugars and - consequently the advanced changes in protein structure in diabetes. Platelet COX-1 incubated in vitro with excessive glucose or methylglyoxal demonstrated enhanced activity of cyclooxygenase and peroxidase subunits of COX-1, respectively. Such modifications did not abolish the subsequent acetylation of the enzyme (implications for ASA therapy?). Otherwise, COX-2 present in endothelium, demonstrated reduced activity when non-enzymatically modified with glucose, 1,6 bisphosphate fructose or methyl glyoxal.

Dysfunctional, non-enzymatically modified diabetic endothelium demonstrates decreased NO production, but is able to compensate this deficit by enhanced synthesis of COX-2 derived vasodilatory prostaglandins (PGI2 and PGE2). This effect is of special importance when considering the application of selective COX-2 inhibitors known as ‘coxibs’ in patients with cardiovascular disease.

The prevailing majority of experiments on blood platelets reactivity are conducted with the use of in vitro methods. The platelets’ susceptibility to activation upon blood collection, as well as in the course of sample preparation, largely contributes to possible artifactual observations encountered when using these methods. Therefore, validation of methods for in vivo testing on blood platelets reactivity, may become a challenging rationale [2]. In our hands, the agonist-induced platelet aggregation in a bloodstream is monitored in a microcirculation with the use of a non-invasive Laser Doppler Flowmetry.

Retrieved from "https://wiki.oroboros.at/index.php?title=Watala_2012_Abstract_Bioblast&oldid=145982"
Category:
This page was last edited on 13 November 2017, at 15:30.
This page has been accessed 10,856 times.
Privacy policy
About Bioblast
Disclaimers