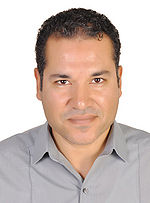 Although originally defined as harmful byproducts of aerobic metabolism, reactive oxygen species (ROS) are currently believed to play a critical role in downstream signaling, which regulates protein kinases, phosphatases, transcription factors and ion transport channels. However, mechanisms by which ROS is responsively produced, sensed and translated in cellular domains, especially neurons, remain elusive. Recently, NADPH oxidase (NOX), which is a multimeric enzyme that catalyzes the production of superoxide (O2•) from O2 and NADPH and was originally identified in neutrophils as essential for the host response respiratory burst, has been shown to localize in the brain. The unexpected presence of NOX in neurons has led to the idea that NOX-induced ROS are important in non-host defense contexts; e.g. intracellular and intercellular redox signaling. In previous works, we showed that NOX is actively producing O2• in the brain and might therefore be an important element that influences redox homeostasis in health, disease, and aging. Questions on specific connections between NOX activation and neuronal dysfunctions remain open for exploration by unconventional experimental approaches capable of probing the implications of in vivo NOX assembly and activation. Here, we studied oxygen-consuming, superoxide-producing NOX basal as well as induced activities in synaptosomes. Isolated synaptosomes (severed nerve terminals) are studied because they contain all necessary components of a functional neuronal environment including ion channels, receptors, and mitochondria. We demonstrate the ability of the Oroboros Oxygraph-2k, in parallel with spin-trapping/labeling electron paramagnetic resonance (EPR) techniques, to study sources and dynamics of ROS in synaptosomes. To the best of our knowledge, this is the first time that the Oroboros system has been employed to quantify NOX activity in synaptosomes.