Our results identify OM14 as a mitochondrial receptor for ribosomes-associated NAC and reveal its importance for import. These studies re-establish localized translation as an additional mode for protein targeting to mitochondria. 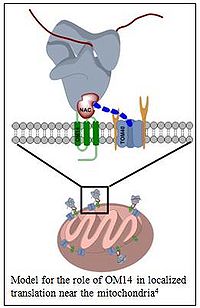 Retrieved from "https://wiki.oroboros.at/index.php?title=Arava_2015_Abstract_MiP2015&oldid=97750"
Category:
This page was last edited on 4 September 2015, at 15:18.
This page has been accessed 6,733 times.
Privacy policy
About Bioblast
Disclaimers