Parkinson disease (PD) is considered the second most common neurodegenerative disorder in the world and is related mainly with aging. PD is characterized by loss of dopaminergic neurons and formation of protein aggregates, such as α-synuclein [1], leading to motor dysfunction, and impairment of cognitive and memory functions [2]. The pathology and symptoms of PD are well described, although its mechanisms and causes remain unclear. One mechanism involved in PD is mitochondrial dysfunction [3]. Mutation in genes involved in mitochondrial quality control, such as PARK2 and Pink1, produce PD symptoms [4]. These genes code for proteins such as PINK1 (PTEN induced kinase 1) that is a serine/threonine kinase involved in mitochondrial network quality control [5]. In this work we evaluated mitochondrial quality control using Pink1 knockout of Drosophila melanogaster in different life time. 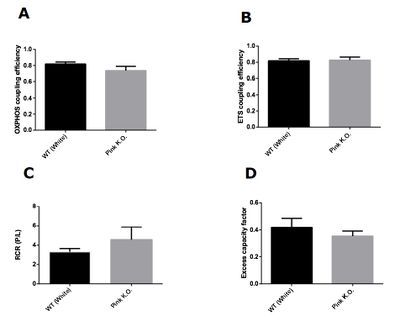 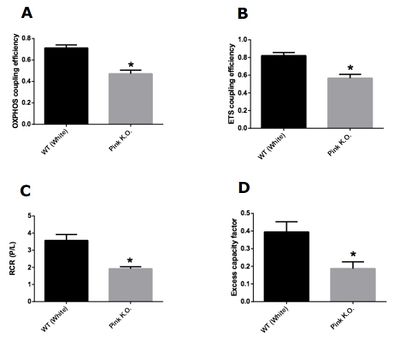