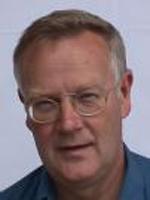 Salmon aquaculture production in Norway amounted to 1.2 million tons in 2012. For growth salmon utilize today a diversity of food containing different supplies of fat and protein. When aquaculture started around 1970, approx. 3 kg dry feed would give 1 kg fish. Today approx. 1 kg dry feed gives 1 kg salmon. The feed are utilized for both growth and energy production. Cellular and mitochondrial respiration has now gained interest since better formulation of feed and additives to be used are of importance.

Salmon in the wild store large amounts of fat when food supplies are abundant, but the animal can easily starve for several weeks, losing weight without any visible harm. In our opinion salmon might therefore be used as a model for studying the metabolic changes of animals that gain or lose weight. We assume that changes in respiratory properties of different tissues show large changes when these conditions change. We also propose that studying salmon physiology might even be important for understanding obesity in humans [1]. A problem in aquaculture is cardiac arrest in large salmon (4-7 kg). At present this is an unexplained event, but we think it might be coupled to the mitochondrial capacity of the heart muscle.

In the present study we have compared respiration in perfused tissue from liver, muscle, heart, brain and blood, and a mitochondrial fraction isolated by differential centrifugation from these tissues [2]. The following protocol was used for characterization of respiration. Glutamate+malate were followed by ADP and phosphorylation was inhibited by oligomycin followed by uncoupling with FCCP. Inhibition of Complex I was studied using rotenone followed by addition of antimycin A for determination of residual oxygen consumption (ROX).

The respiratory capacity of perfused tissue and the respective mitochondrial fraction decreased in the order heart, brain, liver, muscle and blood. Endogenous respiration in brain tissue and mitochondria was substantially higher than in the other tissues. In the presence of glutamate+malate respiratory control varied and was highest in mitochondria from heart where the mitochondria were highly coupled. Mitochondrial respiration in the presence of ADP was higher than the respiration achieved after addition of oligomycin and FCCP. However, respiration after inhibition with rotenone and antimycin A was high, indicating that ROX might explain the cardiac arrest in grown up salmon. In brain and the other tissues ROX was lower. High ROX in salmon would be deleterious for quality due to rancid taste development from all the polyunsaturated fatty acids present. Blood cells of fish contain mitochondria, but their respiratory capacity in salmon appear to be limited [3]. The present study was performed at 25 oC. This is a temperature that salmon avoid in nature, and our further studies will look into the effect of temperature on respiration.

• O2k-Network Lab: NO As Egelandsdal B