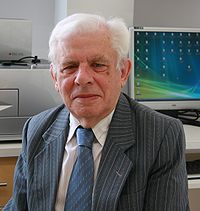 Apart from the long known uncoupling protein of the mammalian brown adipose tissue, responsible for the thermogenic function of this tissue and designated as uncoupling protein-1 (UCP1), a number of analogous proteins have been identified during last two decades at minute quantities in some other mammalian tissues as well as in birds, insects, plants, fungi and protists. Although they are classified as uncoupling proteins (UCPs), their precise function and importance are debated. We summarize here our recent studies [1, 2], which show that UCP3 in rat heart and skeletal muscle mitochondria and UCP2 in mouse brain mitochondria can function as transporters of the superoxide anion, thus contributing to the extrusion of this noxious oxygen free radical from the mitochondrial inner compartment to the intermembrane space and further on to the cytosol.

Generation of reactive oxygen species (ROS) by mitochondria incubated with respiratory substrates is highly increased by antimycin A, inhibitor of complex III of the respiratory chain. In addition, ROS generation in the presence of complex I substrates is increased by rotenone. We found that this high ROS release to the incubation medium by mitochondria from rat heart and skeletal muscles and from mouse brain was decreased by purine nucleoside di- and tri-phosphates GDP and GTP, known inhibitors of UCP. Among two components of ROS that were determined in the incubation medium, hydrogen peroxide and superoxide anion radical, only the latter was decreased by GDP or GTP. In contrast, intramitochondrial level of ROS, as assessed by inactivation of the matrix enzyme aconitase, was increased by GDP and GTP. No or little effect on the release of ROS was exerted by carboxyatractyloside, specific inhibitor of the mitochondrial adenine nucleotide transporter. Much lower effect of GDP or GTP on the release of ROS was observed in mitochondria of brains isolated from transgenic mice deprived of UCP2.