To study the problem of the energy metabolism control in cancer cells, Moreno-Sanchez and Westerhoff´s groups have applied the Metabolic Control Analysis (MCA) with the conclusion that the role of OXPHOS in tumor cells should be re-evaluated and experimentally determined for each particular type of tumor cell [1]. Theoretical aspects of MCA have been subsequently analyzed by many researchers, e.g. [2]. MCA helps to understand the mechanisms by which a given enzyme exerts high or low control of metabolic flux and how the control of the pathway is shared by several pathway enzymes and transporters. In oncology, the application of MCA permits to determine the most attractive targets for chemotherapy.

In this work, we have analyzed quantitatively the mitochondrial respiration in post-operational tissue samples taken from 55 patients with colorectal cancer (CRC). Only primary tumor samples were examined; the patients in the study had not received prior radiation or chemotherapy. The high resolution respirometry and the permeabilized cell techniques in combination with MCA were applied to detect possible OXPHOS defects in energy conversion system of this tumor. Rates of O2 consumption were measured in medium-B supplemented with 5 mM glutamate, 2 mM malate and 10 mM succinate as respiratory substrates by a high-resolution respirometer (Oxygraph-2k, Oroboros Instruments, Austria). The method of MCA has been applied to human CRC skinned fibers in comparison with healthy tissue of same type and Caco-2 tumor cell line. MCA helps to understand how the control is shared between the enzymes and transporters of the pathway and to identify the steps that could be modified to achieve a successful alteration of flux or metabolite concentration in pathways, and to inhibit cancer cells energy metabolism in selective manner. For the case of irreversible specific inhibitor, an estimation of the value of the coefficient is given by [3] and [1]). To determine the flux control coefficients (FCC), the flux was measured as the rate of O2 consumption by permeabilized tissue fibers derived from CRC patients when all components of OXPHOS system were titrated with specific inhibitors to stepwise decrease of a selected respiratory complex activity in the presence of 2 mM ADP. We quantified the control exerted by different components of the respiratory chain and the ATP synthasome complex in human CRC clinical material as compared with normal tissue and compatible cell culture Caco-2. The control of mitochondrial respiration was distributed across several mitochondrial processes: FCC for complex II (CII) was found to be high for CRC and healthy colon tissue, as well as in the case of Caco-2 cell culture (where the respiratory chain is controlled also by CIV) (Fig. 1). In CRC tissue the value of FCC for ATP/ADT carrier is significantly lowered as compared with healthy intestinal tissue (Fig. 1).

It is intriguing that for human healthy colon and CRC tissues in situ the sums of the FCCs for ADP activated respiration is close to 5 that significantly exceeds 1 - normally observed in oxidative tissues and isolated mitochondria. It is also well established in theoretical analysis that in an ideal linear system the sum of FCC(s) is 1 [1,3], but may become higher if the system includes enzyme-enzyme interactions, direct substrate channeling and/or recycling within multienzyme complexes (system becomes non-linear). According to [5] a sum of FCC(s) exceeding 1 indicates the existence of supramolecular association of the respiratory complexes (called as respirasomes) that was confirmed by electron microscopy, native blue-gel electrophoresis, and single particle image processing. Our data suggest that human CRC cells in vivo have a different structure of respirasomes as compared with model of Caco-2 cells. The sum of high control coefficients seems to be characteristic for highly proliferative tissues where the respiratory chain must be someway reorganized.

From the data obtained we concluded that: 1) in human CRC cells in situ the main rate-controlling steps of respiration are complex II and III, whereas in normal bowel tissue these are complex II and ATP/ADP carrier; 2) in human colorectal carcinomas some components of the mitochondrial electron transport chain (ETC) are organized into large supercomplexes (respirasomes) that may be a characteristic feature of cells with high proliferative index; and 3) there are strong differences in the function and organization of mitochondrial ETC components between human samples in vivo and model cells in culture. 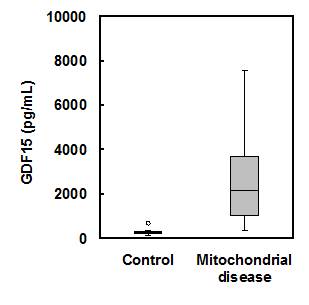 Figure 1. Flux control coefficients (FCC) determined by the MCA for all mitochondrial respiratory chain and the ATP synthasome complexes for skinned human colorectal cancer, normal large bowel tissues and Caco-2 cell line. FCC(s) were calculated by using non-linear regression analysis by fitting data to the mathematical model, as described by [4]. The results were verified by a graphical method [2,4].